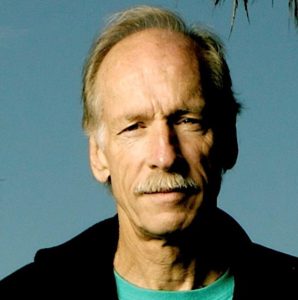 Stephen Longfellow Fiske is a musician, author, poet, Interfaith Minister, and long-time peace and environmental activist. He is a multi-talented individual whose dedication to peace, humanitarian, environmental and spiritual concerns has always found expression through his artistic pursuits. Since his first album release, Seeds of Peace, in 1980, through his current CD (11th) Flow, Stephen has established himself as an inspired performer and veteran poet/spokesman of the times. He has authored “The Art of Peace” (New Paradigm Books) and “The Call to Interfaith”, and has performed and spoken widely across the US and abroad. “Flow” is a selection of original orchestrated, melodic guitar compositions with guest recording artists. The featured track is “Jerusalem Prayer”, which has become the soundtrack for a film in development by that same title which forms the foundation for The Jerusalem Prayer Project (JPP), a music, film, and multimedia venture, of which Stephen is the founder and executive director/producer. Most recently, Stephen and his JPP partner, filmmaker Robert Corsini, have produced the music video tribute to Martin Luther King Jr., “We Carry the Dream”, based on Stephen’s song co-written with Sophia Roberts, and released in February. 2018.

To learn more about Stephen, please visit the following links: