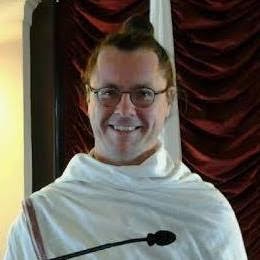 Patrick Horn is a Co-Producer for the 4th Sundays of One Global Family’s Call To Action Broadcast Series ~ “SACRED ACTIVISM: Peace Sundays RevoLution.”  He is also an Advisory Board Member for One Global Family Foundation & Alliances and serves on the Committee for Environmental Stewardship of Unity and Diversity World Council. Patrick is an alumni fellow of the USC Institute for Digital Civic Culture and Manager of the World-Teacher Project (aka “Network for Religion, Media, and Civic Life”), an educational and diplomatic mission allied with a vast coalition working through the Internet with maximum creativity and flexibility for environmental stewardship, justice, and peace. He was elected by nomination to the Religion Communicators Council Board of Governors and serves as Chapter President of the RCC Pacific Coast Interfaith Communicators.

Patrick Horn is a musician and scholar. He was born to poor orphans in Des Plaines, Illinois, and as a teenager, he lived with foster parents in Edgerton, Wisconsin, where he edited the school newspaper and performed in the drama club. He moved to Los Angeles to study cinematography and television production and worked as an office assistant and manager, language arts teacher, and real estate broker until he was injured in a car crash. He earned an honors baccalaureate in English Literature with a minor in Liberal Arts and Science. His graduate coursework includes a capstone project in interfaith action; doctoral seminars on mythology, religion, and depth psychology; and credentials as a competent leader, decision-maker, and effective communicator in disaster by the FEMA Emergency Management Institute.

He was recruited in graduate school by the Intelligence Community Center of Academic Excellence to investigate the intersection of religious doctrine, economies, and global security, with an emphasis on narrative for social mobilization, conflict resolution, and peace-building. He received diplomatic certification from KAICIID, and security clearance and consultative status at the United Nations Economic and Social Council through the United Religions Initiative (a non-governmental organization). He launched the Water Task Force as an emergency mobilization during the catastrophic California drought and served on the URI-North America Regional Assembly Logistics Planning Team and Communications Working Group. He co-produced and co-hosted a live daily global webcast from the Parliament of World’s Religions in Toronto, and he is a contributor to Reading Religion, a publication of the American Academy of Religion. He was also featured as a thought-leader on trends for the 2020s by the Religion News Service.

He has been associated with the interfaith movement and UDWC since 2009. He received scholarships and travel grants amounting from $100 to $18,000 from the Religion Communicators Council, Religion News Foundation, Vedanta West Communications, URI North America, Claremont Lincoln University, Dominican University, and the United States Institute of Peace. He is also supported by gifts from family and friends. He traded volunteer work for admission to the Parliament of World’s Religions and lodging at the Vedanta Society of Southern California, the Vedanta Society of Northern California, the Vedanta Center of Atlanta, and Marie’s Organic Farm in Pescadero, CA.

Click below to learn about Patrick’s trip to the U.N. HQ during World Interfaith Harmony Week 2019:

“To Save Humanity From Hell”