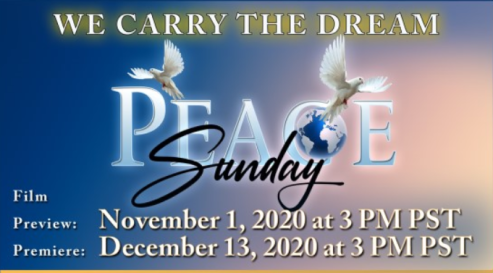 ‘We Carry The Dream’ is a free online streaming webumentary film, a spiritual call to action empowering us to create a peaceful, equitable, and sustainable future for all. This year’s production connects the inspirational message of Dr. Martin Luther King, Jr.’s historic ‘I Have A Dream’ speech, one of the great articulations of American democracy, with the current issues of today including the Black Lives Matter (BLM) movement for racial justice, Covid-19 Pandemic, the economic collapse, the climate change crisis, the rise of women, and the recognition of indigenous peoples and their rights, all taking place in an election year of great consequence.

The global film premiere is scheduled for Sunday, December 20, 2020, at 3 PM PST, accessible on our websites:  PeaceSundays.org and UDCworld.org, as well as on ‘Peace Sundays’ YouTube channel and Facebook page. It features curated archival content from MLK’s speeches, exclusive videos produced by the Jerusalem Prayer Project and Videocratic Media from Israel, Palestine, Charlottesville, and the Atlantic Coast Pipeline, as well as videos from other sources relating to the Standing Rock Pipeline, and the decommissioned, yet extremely dangerous San Onofre Nuclear Generating Station in Southern California. 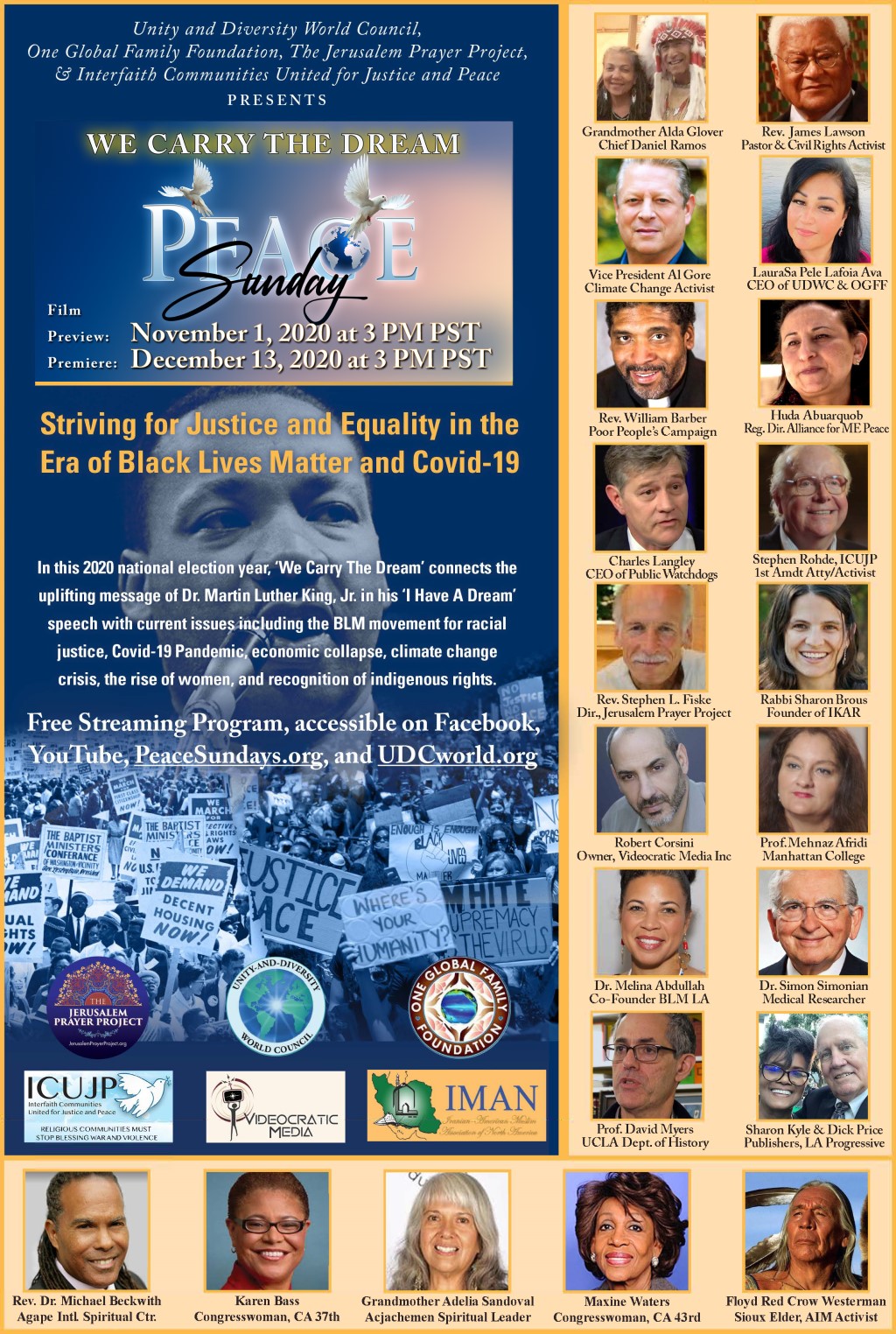 Peace Sunday has been held annually since 1999 through the efforts of UDWC.

Previous Peace Sundays held in September at the IMAN Center in Los Angeles have been a resounding success.

Established in 1982 at the Rose Bowl in Southern California, Peace Sunday has continued annually through the efforts of the Unity and Diversity World Council.

At the event,  Rev. Stephen Fiske was interviewed for the IGM Art Gallery channel, he shared his thoughts about the current state of the world and his hopes for the future.