As I see it, world peace is not a utopia. Rather, it is coming about right before our very eyes!

I believe there are two simultaneous processes occurring on our planet. Each process affects the other. Each one, however much undetected, is increasing with every passing day.

The first process is disintegrative. I believe disunity is the disease of our time. All the myriad problems we face, extremely grave though they are, are merely symptoms of this increasingly destructive disease.

People everywhere are sincerely trying to the best of their abilities to solve our countless problems. But because they are not working together in unity and harmony, they arrive at conflicting solutions.

Worse yet, large numbers of people are becoming so entrenched in their views that they are no longer willing to consider other people’s ideas. People arriving at conflicting solutions and not willing to be open to ideas that differ from their own is bringing about even more disunity.

The more we try to resist the irresistible integrative process, the greater the suffering that will be required to bring the nations together into one planetary culture.

If we take two pieces of steel and heat them hot enough, they fuse together. I believe humanity is being brought to its knees in the heat of suffering. The heat has not yet become intense enough to weld the bleeding limbs of mankind into one organic whole.

As I see it, humanity is experiencing increasingly severe labor pains as we give birth to a spiritual world civilization based upon Divine principles of undeviating justice and unconditional love, the exalted nobility and full human rights of every human being, whose boundary will be the entire planet, whose watchword will be “unity in diversity,” and whose glory and majesty we cannot even imagine at the present time.

No matter what happens, I believe that world peace through world unity is INEVITABLE! It is the next stage in the progressive evolution of human society that began with families, to the formation of tribes, to city-states, to independent nations.

I believe the evolution of society is similar to the growth of an individual: from infancy to childhood to adolescence and ultimately, our coming of age into maturity.

Mankind has turned twenty-one! We have our greatest and longest period of growth and development ahead of us!

We still act like rebellious teenagers. But we are very slowly and very painfully maturing into wise adults.

Increasing numbers of people and groups are embracing the reality that we are ONE human family and that unity is absolutely essential not just for the survival, but for the future Golden Age of the human race.

My beliefs come from the universal teachings of Baha’u’llah (1817-1892), Founder of the youngest of the major world religions, the Baha’i Faith that began in Persia (Iran) in 1844.

Here are some quotations from the writings of Baha’u’llah that relate to the above:

“The earth is but one country, and mankind its citizens.” 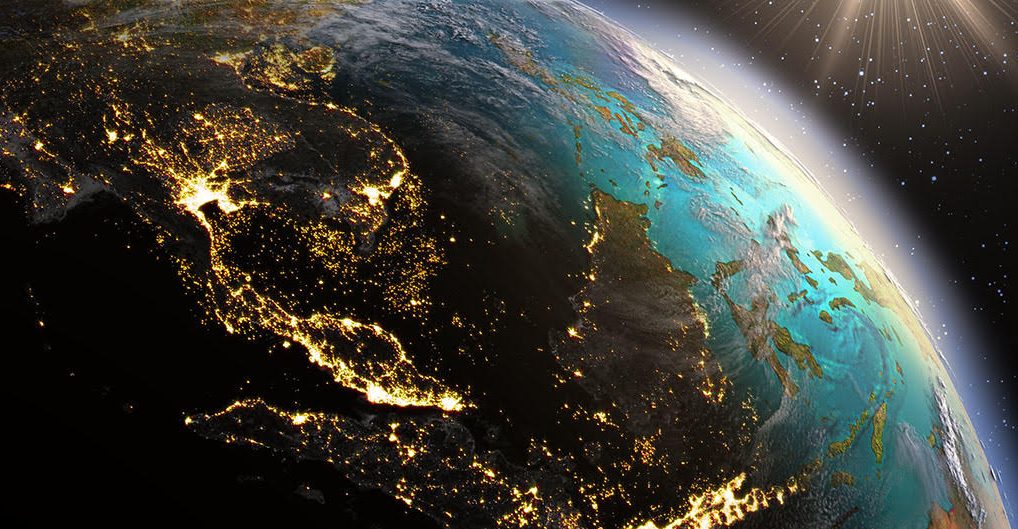 “Close your eyes to racial differences, and welcome all with the light of oneness.”

“Women and men have been and will always be equal in the sight of God.”

“No power can exist except through unity.”

“The well-being of mankind, its peace and security, are unattainable unless and until its unity is firmly established.”

“The whole earth is now in a state of pregnancy.”

“Soon will the present-day order be rolled up, and a new one spread out in its stead.”

“These fruitless strifes, these ruinous wars shall pass away, and the ‘Most Great Peace’ shall come.”