In the rugged days of early America, when we were fighting to establish ourselves as a new nation, capitalism was the economic model that was most suitable, since everyone was largely on his/her own to survive and if possible prosper.  Now, however, capitalism has unbalanced our democracy and is rapidly eliminating the middle class.  While small numbers of our citizens are earning huge amounts of money (the figure is about 1%), the rest of the population is earning much less, and at the end of the line are the homeless.  We are told that there are 44,000 homeless in Los Angeles County alone.

It is time that we changed our economic system so that we restore the middle class and also find a way in which the homeless population can have enough to live on.  Several years ago there was an Occupy Movement, which occupied Wall Street and a number of cities across the country.  In Los Angeles, large numbers of people settled on City Hall grounds, until the homeless became such a problem for the city that they had to be asked to leave.

One of the highlights of the Occupy Movement was that it was given permission to take part at the end of the Rose Parade on January first a few years ago.  In order for this to happen, two floats were created.  The first was called “We the People”, which was large and contained a huge number of signatures.  The second was called “We the Corporations”, which was smaller and clearly not representative of the people as a whole.

More recently there was a decision by the Supreme Court engineered by a group called Citizens United, which declared that corporations are people and that they can spend unlimited amounts of money to influence elections.  This decision is totally out of line with what democracy is supposed to be, and it results in creating more of an oligarchy.  The right of each citizen to be treated equally at the polls has temporarily been lost.

In the 2016 Presidential election, Bernie Sanders represented that perspective, and it is clear that he spoke for a very large body of people.  The amount of money he was able to raise was staggering, especially since his contributors were from the 99% rather than the 1%, which have so much of the money in this country.  Clearly, the income inequality problem needs to be solved.  We need a new kind of economic system, one which represents everyone fairly.  The largest incomes need to be limited and to be fairly taxed so that the 1% pay their fair share.

It will be interesting to see how in the next months and years this problem is solved.  If properly handled, solving the problem of unreasonable income inequality will help to greatly reduce or eliminate the homeless population.  My suggestion as to what to call the new economic system is Partnership Economics, following the teachings of Riane Eisler.  It appears that none of the existing terms will fit for the needed change.  A much larger degree of altruism is needed, but government enforcement of fairness of taxation also needs to be implemented.

Leland Stewart, the Capitalism author of this article, began his college study at the University of Michigan in mechanical engineering and mathematics, resulting in a degree in each field.  After working in engineering for a year, he then enrolled in Harvard Divinity School and completed a degree in Theology (more than equivalent of a Master’s Degree).  He and his wife Elizabeth then moved to Southern California and soon established the Unity-and-Diversity World Council.  His interest in economics and democracy developed in relation to the book Building Cultures of Peace, which turned out to be a long-term project for a dedicated team and a large number of contributors. 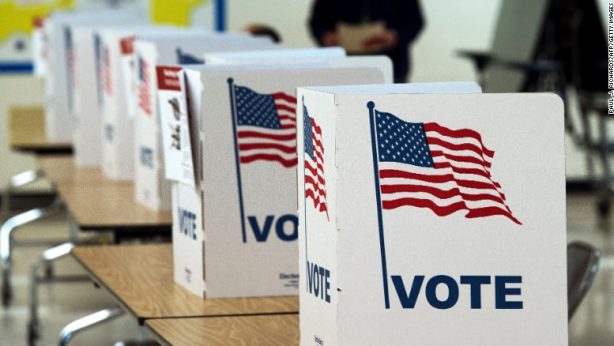 Humanity inched toward DEMOCRACY - one conscience - one VOTE,...