On the back of July 4th, which commemorates the Declaration of Independence of the United States in 1776, UDC explores what liberty represents to a plethora of well-known people from the past and present who have helped shape history.

Thomas Jefferson.   We hold these truths to be self-evident, that all people are created equal; that they are endowed by their creator with inalienable rights, and that among these are life, liberty and the pursuit of happiness.

Franklin Delano Roosevelt.   The liberty of a democracy is not safe if the people tolerate the growth of private power to a point where it becomes stronger than their democratic state itself.  That, in its essence, is fascism – ownership of government by an individual, by a group, or by any other controlling private power.

Dante Alighieri.   The human race is in the best condition when it has the greatest degree of liberty.

Harold Joseph Laski.   Without equality, I say, there cannot be liberty.

Henry Brooks Adams.   Absolute liberty is the absence of restraint; responsibility is restraint; therefore, the ideally free individuals are responsible to themselves.

William Wordsworth.   We must be free or die, who speak the tongue that Shakespeare spoke, the faith and morals hold that Milton held.

Emily Bronte.   And  if I pray, the only prayer that moves my lips is “Leave the heart that now I bear and give me liberty!”

Pablo Neruda.   Liberty sought you out in the mines and begged for peace for your plows.

Immanuel Kant.   What, therefore, can freedom possibly be but autonomy, that is, the property of the will to be a law to itself?

Albert Schweitzer.   The highest possible material freedom for the greatest possible number is a requirement of civilization.

Edmund Burke.   What is liberty without wisdom and without virtue?

Will Durant.    When liberty destroys order, the hunger for order will destroy liberty.

David Lloyd George.   Liberty is not merely a privilege to be conferred; it is a habit to be acquired.

Earl Warren.   Liberty is the most contagious force in the world.

Mahatma Gandhi.   I am a lover of my own liberty and so would I do nothing to restrict yours.

Charles Caleb Colton.   Despotism can no more exist in a nation until the liberty of the press be destroyed.

John Fitzgerald Kennedy.   Unless liberty flourishes in all lands, it cannot flourish in one.

Nelson Mandela.   Young people are capable, when aroused, of bringing down the towers of oppression and raising the banners of freedom.

Junius.   All despotism is bad, but the worst is that which works with the machinery of freedom.

John Dryden.   Oh, give me liberty!  For even were paradise my prison, still I should long to leap the crystal walls.

These quotes are featured in the tome Science & Spirituality. 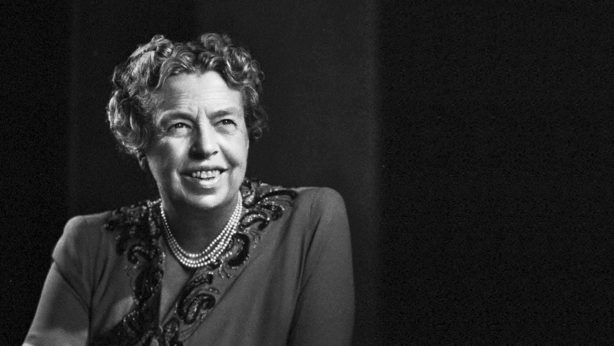 Eleanor Roosevelt and the Universal Declaration of Human Rights