The Book Science and Spirituality

The Book Science and Spirituality

The book Science and Spirituality is intended to encourage people to meditate upon their daily lives and to look at the course of our present civilization and their participation in it.    It includes a review of the world’s great religions and modern spiritual movements,  as well as brief articles on the spirituality, cultures and indigenous traditions of Africa, North America and Australia.  It includes a Declaration of Interdependence; aGlobal Ethic, 1993 Parliament of the World’s Religions;  Universal Declaration of Human Rights, 1948 General Assembly of the United Nations; The Earth Charter, 2000 Peace Palace, The Hague;  Civilization Timeline, from 3000 B.C.E., to the present;  readings for Candlelighting and Meditation; Responsive Readings and Songs of Inspiration. The Interfaith Celebration Guide draws upon readings from diverse sources including the world’s religions and literature,  as well as quotations from great philosophers, scholars, writers, scientists and mystics of our civilization from ancient times to the present day.  One of the major goals of this effort is to help us all to understand the intrinsically harmonious relationship among the world’s faiths and the great thinkers and seekers of all time.  We believe that this effort will help lead us to the moral imperative to act upon this understanding and come together in creating a global civilization.

Peoples’ activities are shaped by the age they live in.  The twentieth century was largely dominated by the arrogance of human beings in power.  People killed each other in record numbers.  Boundaries of nations were changed and changed again.  New nations were created, and there was such a dispersion of human migration that there are few nations left with ethnically homogeneous populations.  The damage to the environment was greater in one century than in all of the centuries preceding it.

On the positive side, science and technology advanced greatly until mortals almost comprehended the workings of the universe itself.   The beliefs of the historic religions have been tested beyond their breaking point but have survived.  Many new spiritual groups and religions have begun.

Now mortals are beginning to understand their true role in the workings of a universe where spirituality, religion and science coalesce and where philosophy returns to its own roots in describing this phenomenon or this paradigm.  We all may now gaze in awe at the magnificence of the cosmos being revealed to us through science.  The magnitude of our potential role could serve to focus our minds and hearts on actions which represent movement away from destruction and toward our life epiphany, individually, collectively and communally with the earth and the environment.

The dedication to understanding the workings of the universe needs the resources of every human culture living and dead as well as every effort that our generation can muster.  If the emerging civilization is to be the one to survive, it will have to move humanity beyond the polarizations and destructive impetus of the early years of the twenty-first century.   It will have to recognize this impetus as threatening the entire emanating civilization.   It will have to comprehend this on the pulses, and then consciously move the course of this global civilization into harmony with the workings of the universe. When this happens, creativity and scientific advances may be mined for the magnificence of their revelations concerning cosmic harmony.

As cosmic harmony is accepted as the way of our world, poverty is addressed and eliminated.  There is food enough on this planet to feed everyone.  Human dignity is held inviolate.    Children learn at their mother’s knee that the greatest human virtue is reverence for life, reverence and respect for their own life, their own body and their own spirit.  As they secure this for themselves they understand that empathy for others is inherent in it.  Hatred becomes impossible.  “Enemy” becomes an emotive utterance with no real meaning.  Conflicts are not deadly.  There is more challenge and excitement in resolving differences peacefully.  Creativity becomes an essential part of daily life.  Governments exhibit gender equality.   Artists are invited to participate in government,  where they are recognized as the “legislators of the world”, no longer unacknowledged. The global family includes all animate and inanimate beings as it does in the ancient cultures.  The refinements of  “civilization” are: awareness of spiritual belongingness and responsibility, freedom from poverty, the benefits of safety, security, healthful life styles based upon ecological integrity, freedom of speech and freedom to worship, freedom to participate in social activities and world affairs, freedom to have differences and freedom to resolve them without bloodshed.

The ultimate goal of Science and Spirituality is to hold up a vision of cosmic harmony until it becomes the reality that all of the great faiths and the great minds of the world have deemed it to be.

Science and Spirituality is edited by Mary Anneeta Mann and Leland P. Stewart with other compilers. 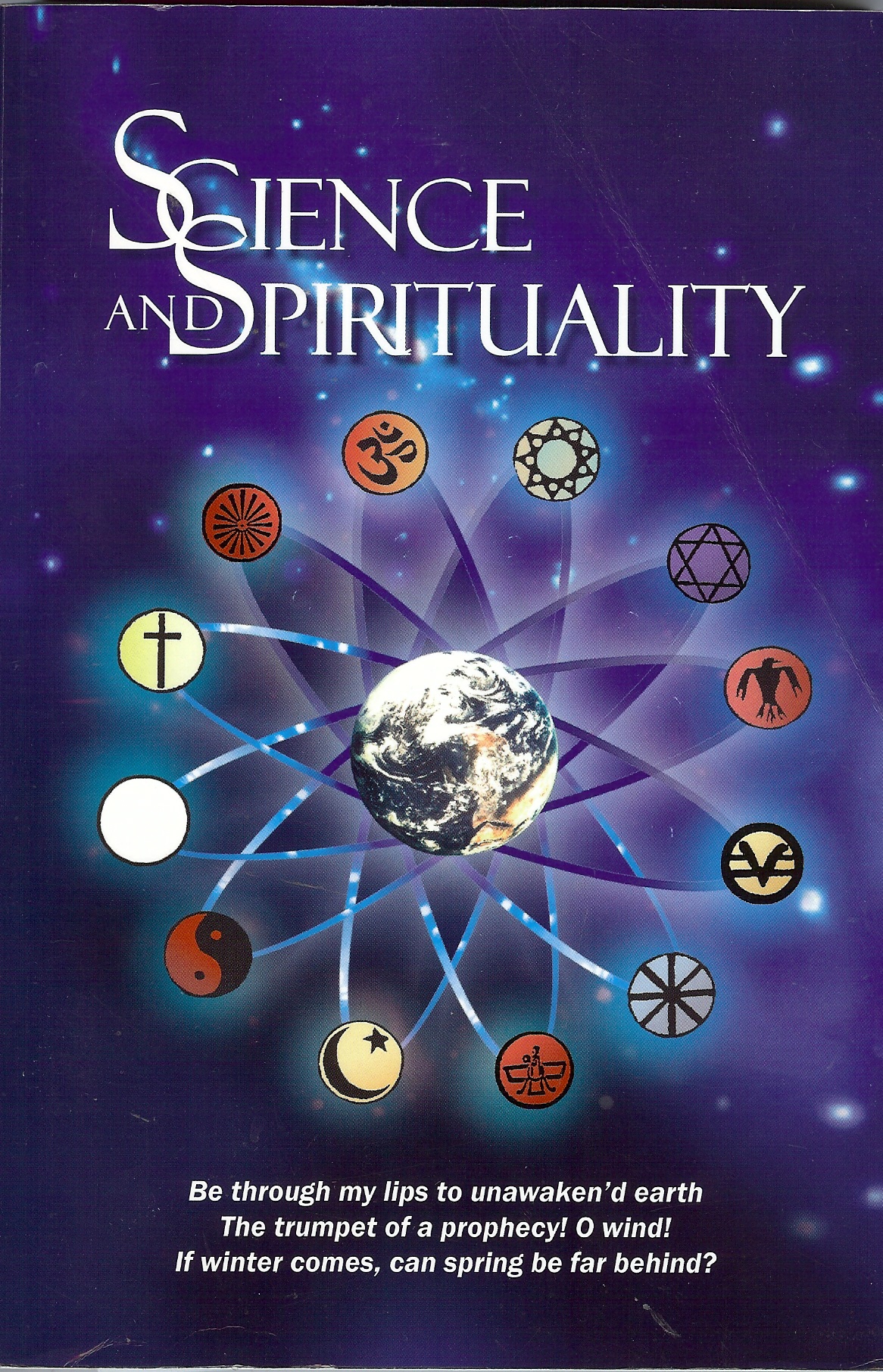