With a new spate of mass shootings in America, a gun violence victim tells his story of survival

With a new spate of mass shootings in America, a gun violence victim tells his story of survival

Last weekend in America, 31 people were killed in mass shootings.

Within less than 24 hours, two mass shootings occurred — one in El Paso, Texas, where a lone gunman killed 22 people and wounded 24 others as he walked into Walmart and opened fire with an AK-style semiautomatic rifle.

Fast forward less than 13 hours and a man wearing body armor and a mask opened fire with a .223-caliber semiautomatic rifle in a downtown neighborhood crowded with bars and restaurants, in Dayton, Ohio. The man arrived with his sister, who he subsequently killed, along with eight others.

After the weekend’s incidents, the subject of gun control has become a national talking point. But it has been so many times before, with little progress made.

Mass shootings have such enormous ramifications. There are those lives that have been lost, the families stricken by grief over the loss of a loved one, who will never fully recover, and then there are the shooting survivors, who will forever be traumatized. 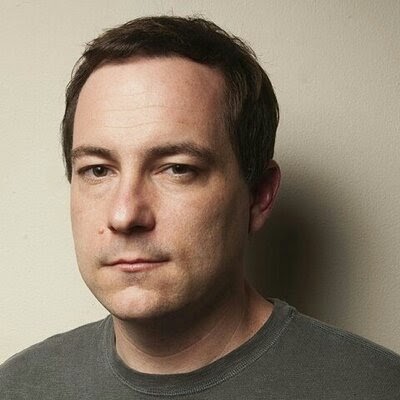 He recounts his story, writing:

October 12, 2012, started out as a typical day. It was a bit chilly that morning, so I put on a sweater that I particularly liked and headed to the local arts center where I worked at the time. We held a concert as part of an exhibit, so it was a long day, but a wonderful one.

I was tired when I got home so I decided to unwind in the swing hanging from a large oak tree in my front yard. It was around 11:30 pm when I decided I should get to bed – I had an early day at work the next day. Just as I started to get up, I heard what I thought were firecrackers going off. I turned and saw two young men walking towards me on the sidewalk. My first thought was, “Why are they throwing firecrackers at me?” I felt an urgency to get inside.

I turned to walk towards the front door and heard another “firecracker.” I felt an odd sensation, like pressure coming from both the inside and outside of my body, at the same time. It was then that I saw one of the men had a gun, and he was shooting at me. Perhaps I was in shock, but I did not realize I had already been struck two times.

I rushed to get inside the house, but tripped and fell at the front stoop. I was sitting with my back up against the front door—the men were right on top of me. The shooter held the gun to my face and said, “Do you like my gun?” I put my arm up to defend myself and he shot me again, this time at point-blank range. The bullet entered through my armpit and lodged in my back, about an inch from my spine.

Somehow, I managed to open the door, get inside, and shut it. Remarkably, my attackers didn’t follow me inside– I most likely wouldn’t have survived any more wounds. I later learned they likely ran off as neighbors came out to see what was going on. They didn’t want to get caught.

Once inside, I remember feeling relief that my roommate was already on the phone with 911, and I wouldn’t have to call myself. I began looking for something to help stop the blood streaming from my chest. I saw the sweater I had on earlier in the day, sitting beside a shirt I didn’t particularly like. I picked up the shirt and held it to my chest. Still on the phone with 911, my roommate insisted I lay down, so I did, but it became hard to breathe.

It may sound trivial, but all I could think about at that moment was everything I hadn’t finished at work and what still needed to get done. This made me even more panicked.

Then, I thought, “Is this what it feels like to die?”

Thankfully, paramedics quickly arrived at the scene, and so did the police. I remained conscious enough to answer officers’ questions and was in incredible pain as I was taken to the hospital.

I was hit by three bullets, which damaged one of my lungs, my liver,  obliterated my gall bladder, and nicked my stomach. I was unconscious for an entire day after the surgery to repair my ravaged body.

The first few days were physically painful but the emotional pain was just as intense. I was given powerful medicine to help control the physical pain, only to wake up time and time again to encounter the reality that I had, in fact, been shot multiple times in my front yard.

Today, I still experience moments of intense physical pain due to nerve damage in my torso. Most of the time, however, the pain is manageable, so I feel fortunate in that regard. Losing my gallbladder has profoundly impacted my diet—I can no longer enjoy the foods I once did without side effects.

The shooters were never apprehended. I was one of five others in the area who were shot in their front yards that week. However, the police don’t believe the cases are connected.

I will probably never know who shot me. But I do know that if Alabama required a background check on every gun sale, our state would be safer. There isn’t one solution that can stop every shooting, but there are common-sense steps we can take to prevent gun violence. Perhaps, then, my shooting could have been prevented. 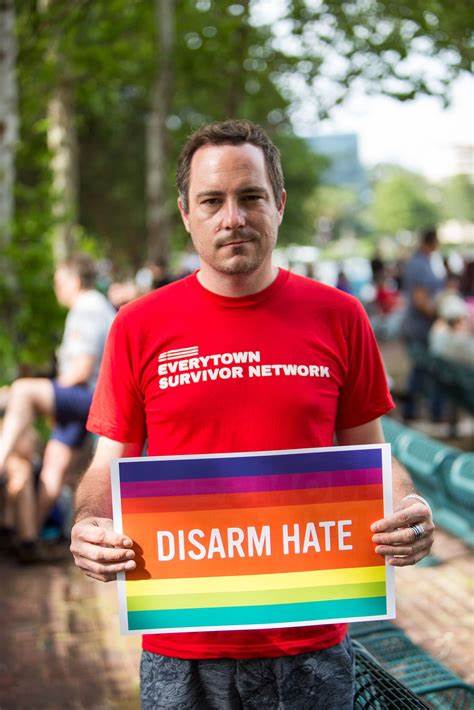 So what impact does it have on his life all of these years later?

“You never fully heal after being attacked with a firearm, ” he says. “I try to find ways to live my life joyfully because I feel that it is important to honor my survival by living life fully– but my life is also lived in fear. It probably sounds silly to many people, but it is still hard for me to take the trash out after dark because I am not able to see my surroundings as clearly as in daylight. There are many times that missing garbage day is better than suffering a panic attack.”As to what challenges he still faces on a day-to-day basis, Wayne says: “I consider myself fortunate because I survived being shot three times at close range, but each day I have to deal with a diminished ability to digest food normally, and sometimes intense pain from nerve damage and scarring. I am no longer physically able to lift or carry some heavy things, which is sometimes really frustrating because I have to depend upon other people to help with things, that were once easy for me to accomplish on my own.”

And then there is ongoing trauma.

“PTSD lingers as a solemn reminder of the violence that entered your life,” he says. ” I am filled with panic and dread every time I am surprised by an unexpected loud noise. Some days waves of grief wash over me and tears come quickly. Most of the time I can manage myself in situations that may arise, but PTSD doesn’t follow a set of hard and fast rules. Sometimes it feels like there is no ground beneath my feet, I can’t breathe or feel safe.”

In regards to how he felt when he heard the news about the Flordia shooting, he said: “My first thoughts were ‘was this my nephew’s school, is he okay?'”He continues:  “Next, I felt heartbroken, and then angry. Anger isn’t an emotion that I enjoy feeling– but how can I not feel angry that another group of children, who should have had their whole lives ahead of them, are now dead or will live with the effects of the attack that nearly ended their lives. They should be worried about who to ask to prom, or what kind of job to find over summer break, not whether they will have the chance to tell their mother that they love her. No child should have to experience the pain and fear that I endured.”

An advocate for gun reform, he adds: “When we take action, it offers us a way to honor the lives of children who have died by simply going to school, and an opportunity to protect the futures that are still intact. I will always demand a safer life for my family and friends. That is where I find the hope to make it through difficult days.”

This story was first published in kindnessandhope.org, a special affiliate of UDC. 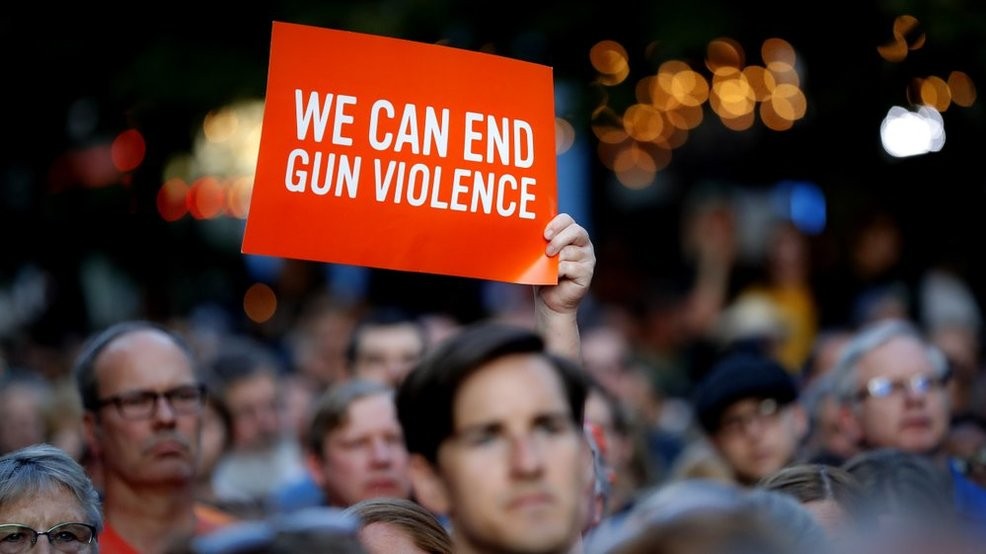 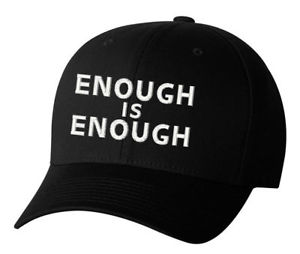 In the 21st century, enemy has too many meanings attached to... 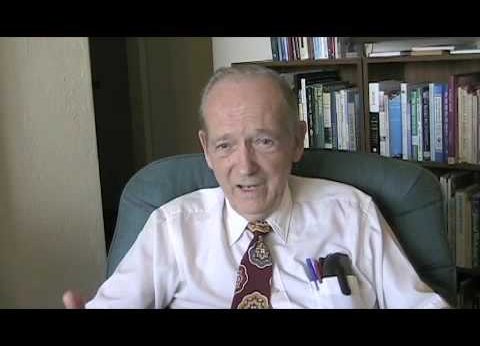